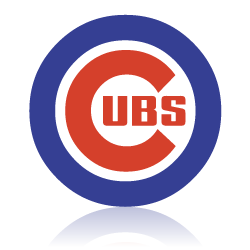 Mass of Christian burial will be 11:00 AM Tuesday at St. Joseph’s Church in Peru with Rev. Gary Blake officiating. Burial will be at Peru City Cemetery with full military services conducted by the Peru Memorial Veteran’s Group. Visitation will be in the church Tuesday from 9:00 AM until time of services. The Hurst Funeral Home in La Salle is assisting the family with arrangements.

Mr. Bertolino was born in La Salle on May 25, 1922 to Peter and Anna (Miller) Bertolino. He married Sarah Barbara Osmond on April 17, 1946. They just celebrated 76 years of marriage. Mr. Bertolino served in Conservation Corps and then the US Coast Guard for 4 years as Seaman First Class during World War II. He worked at Westclox for 41 years.

Mr. Bertolino was a fanatic Chicago Cubs fan. He was a member of St. Joseph’s Church and the La Salle Knights of Columbus Council #792 where he also served as a 4th Degree. He enjoyed fishing, gardening, watching sports, and loved to cut grass for himself and others.

Mr. Bertolino is survived by his wife Barbara of Peru; three children Jim (Michelle) Bertolino of Riverton, Sherry (Jeff) Cole of Cape Coral, FL, and Linda (Dave) Dutkiewicz; a daughter-in-law Missy Bertolino of Peru; ten grandchildren; and nine great grandchildren with one on the way.

He was preceded in death by one son Gary “Bert” Louis Bertolino on October 23, 2014; and four sisters Lillian Starkey, Evelyn Karl, Dorothy Emery, and Loretta Bertolino.

Pallbearers will be his grandsons.

To send flowers to the family or plant a tree in memory of Harold "Bert" Louis Bertolino, please visit our floral store.

A Memorial Tree was planted for Harold "Bert"

Join in honoring their life - plant a memorial tree