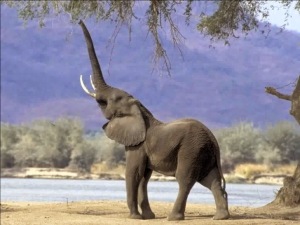 Mass of Christian burial will be 11:00 AM Saturday in St. Patrick’s Church in La Salle with Rev. Michael Pica officiating. Visitation will be Friday from 5-7:00 PM at the Hurst Funeral Home in La Salle. Additional visitation will be in the church on Saturday from 9:30 AM until time of services. Masks will be available and preferred.

He was preceded in death by his parents John and Frances (Ruberstell) O’Keefe, aunt, and uncles.

Dennis was born in Streator on January 28, 1947 to John and Frances (Ruberstell) O’Keefe.

Dennis was the only child of John and Frances O’Keefe. He was the last living ancestor of the O’Keefe clan who migrated from County Cork Ireland to La Salle in 1838. The Irishman attended area schools and earned a BA and MED from Loyola University of Chicago.

Superintendent Clarence Sapienza saw to it that Dennis’s teaching career began in Spring Valley. The next year Dr. L.V. and Dr. A.J. Sellett urged Supt. James Risk to hire Mr. O’Keefe as an emergency replacement to teach US History and Sociology at LP High School. For 17 years, Dennis was an assistant baseball coach under Hall of Famer, Huby Sarver. Also, he was elected to the LP Board of Education from 2013 to 2017.

Founded in 1928, O’Keefe Oil and Natural Gas Properties of Oklahoma was inherited by Dennis. He refused to sell off to energy firms yet he cut deals with Hamilton Bros. Petroleum of Denver, Amoco Oil of Tulsa, and Tularosa Natural Gas of Oklahoma City.

As Mr. O’Keefe said, “Amoco takes a lion’s share, Uncle Sam grabs his taxes, and I get a few bucks and walking-around money.”

Dennis and his wife owned and operated O’Keefe’s Circus Stable and O’Keefe’s Circus Hay and Transport from the William Sack farm north of Peru. Since 1969, they raced 80 horses from Amboy, Illinois to Churchill Downs, from Arlington Park on into Canada. His thoroughbreds made him millions and cost him millions out of his own pocket. Mission Highland won the opening day race of the Arlington Park International Festival of Racing in 1995. Blind in one eye, his St. Arranus won 10 races and reached the 100K earnings level under the twin spires of Churchill. Lady Ruler made over 212K. However, the best was Buttered Toast, the aged gelding, and Indiana bred, was truly the Lord’s little race horse. He was a Heaven sent blessing who graced the Chicago tracks in 1981-1982.

Mr. O’Keefe held the First Call Riding Services riding contract of legendary Kentucky jockey R.A. “Cowboy” Jones. Perhaps a record, O’Keefe had that contract for 50 years. Jones rode from age 16 to 73. In racing politics, Dennis was elected twice as director of the Illinois Thoroughbred Horseman’s Association. From Arlington Park, he negotiated an agreement which gave Horseman a 14K daily purse increase, construction of new barns and dormitories, as well as laying down of the new track surface. In 2004, Dennis refused to run again for director when Gov. Rod Blagovich and the legislature said no to race track casinos, sports betting, five Chicago casinos, a Rockford casino, and airport slots. Chicago Thoroughbred tracks went from six days per week down to two. Three racetracks closed. Illinois Thoroughbred foals dropped from 1,400 to 200 per year and thousands of jobs were lost.

Dennis’s favorite shows were Circus pages and Tommy Liebal’s Great American Family Circus. In 2018, Gov. Bruce Rauner and the legislature outlawed elephants rides, performance, display, and photo ops. This action killed the traveling circuses and there is not a single elephant left within the state of Illinois.

Dennis enjoyed vacationing 351 days at Mackinaw Island, MI, many weeks on Lake Minnetonka near Wayzata, MN, and traveling to Ellis Park in Henderson, KY. Baseball was his favorite sport and he loved writing about elephant and horse related Christmas stories which were published by various professional trade journals. For years, he was a member of the Circus Fans Assoc. of America.

Down the Heavenly road, you will find Dennis either feeding these magnificent circus elephants or once again leading Buttered Toast postword with Cowboy Jones in the irons for the feature race at Paradise Downs. Dennis wishes you many of the Lord’s blessings and may all of your days be circus days.

To send flowers to the family or plant a tree in memory of Dennis P. O'Keefe, please visit our floral store.