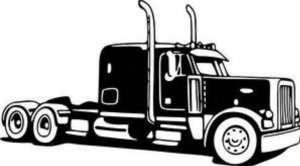 Funeral services will be 11:00 AM Saturday in the Hurst Funeral Home in Tonica with Rev. Deepet Holcar, Pastor of Tonica United Methodist Church, officiating. Burial will be in Fairview Cemetery. Visitation will be in the funeral home Saturday from 9:00 AM until time of services.

Mr. Verda was born in Mark on June 16, 1934 to Nikola and Rose Ann (Carani) Verda. He served with the US Army in Korea. He married Dorothy DeHasque in August of 1958. He was a mechanic and shop foreman at Schwerman Trucking in Oglesby. He later owned and operated Verda Trucking.

LeRoy enjoyed snowmobiling and was an avid Cub fan.

He was preceded in death by his parents, wife Dorothy, companion Marilyn Reynolds, two brothers Dominic and Richard Verda, and one sister Adeline Moriarty.

To send flowers to the family or plant a tree in memory of LeRoy Verda, please visit our floral store.